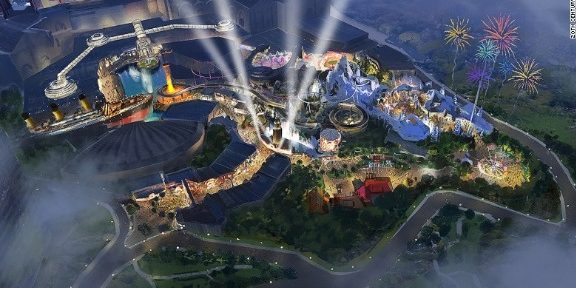 Twentieth Century Fox World (Malaysia) – The Dubai venture is the second Fox-branded theme park, the first being in partnership with Resorts World Genting. ​Twentieth Century Fox World, Malaysia, will open in 2016 and feature about 25 rides inspired by movies and TV shows from the Fox archives.
(CNN) Where do you go for theme park rides inspired by maritime tragedies, acid-blooded aliens and children fighting to the death in a dystopian future?

The emirate has been revealed as the latest destination for a Twentieth Century Fox World theme park and resort, due to open in 2018.

Rides and attractions will be based on the studio’s hit films and TV shows including “Titanic,” “Aliens,” “Predator” and “Sons of Anarchy,” as well as more family-friendly material such as “Ice Age and “The Simpsons.